I am in flux.  Last week and the week before I was out of class to write pacing guides for next year for both Math 7 and Advanced Math 7.  I got energized again, thinking of next year and how I am going to change up things. I begain dreaming of new activities, using manipulatives and how all my new students would be either at grade level or advanced.  And they would never be absent or be late to class. And they would turn in all their work.  (Ok, I am dreaming, lol)  But the year isn’t over.  And I came back to class wondering how I am going to keep going this year when I am ready for NEXT YEAR.  I am tired and then I looked at the students–they are tired as well.  So to make the next few weeks lively, I changed things up as well.

They are ready to rebel, so when checking answers on math problems I made them answer in funny voices, do a dance, answer as the president, answer in a southern accent, etc.  We had fun, I had to show them how to do the twist, but the kid that did the disco moves was really good.  I was entertained and they were much more engaged(and the girl that answered as the president was so convincing). In another class I was offering a small candy for a right answer (I know this is bad, but I am getting desperate so please don’t judge me).  Some of the kids were so anxious for the candy that they were following me around the room so they would be close when I asked for the answer.  So I made them run to the tree outside and come back with the answer to win.  They ran off some energy and it broke up the end of year doldrums.  (No, they didn’t run off, remember, I had candy in my hands)

Today I came up with another idea that turned out to be wonderful in every class.  I did a Jeopardy style game on Mean, Median, Mode, Range and Box and Whisker Plots.  I had the kids put themselves in groups, but when they answered the questions correctly the points for that question was not awarded.  I rolled a die.  Even numbers gave the points for the question to another group.  Odd numbers meant they took points from another group.  A really twisted Jeopardy game and it was cutthroat.  I think in the future I will do more of these types of games.  One of the classes (my advanced) decided they would play collaboratively instead of against everyone.  They kept asking who needed points, ooh, they felt bad about taking any away.  Eager to give points, until one group volunteered they were ahead and then–BAM–gloves were off.  No more friends.

We are testing tomorrow, our last unit of the year before finals, but I have some fun review ideas planned as well as some projects for my advanced class so next week I will blog about those. 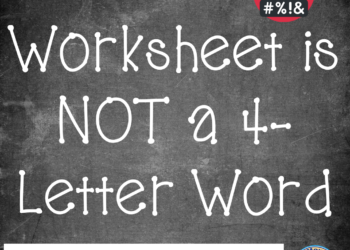 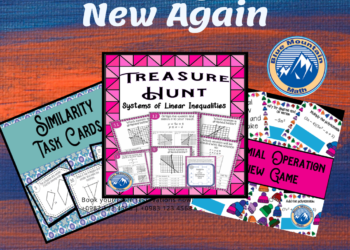 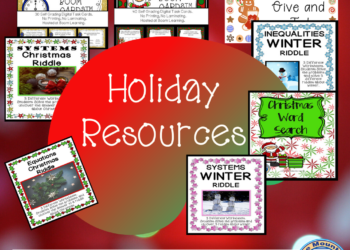 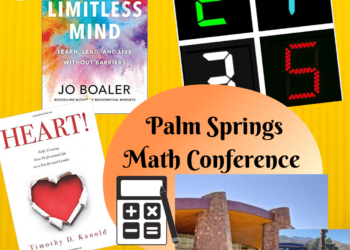 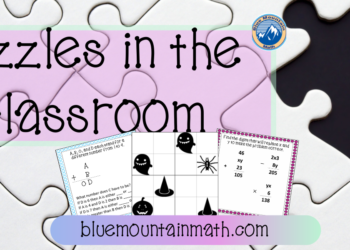 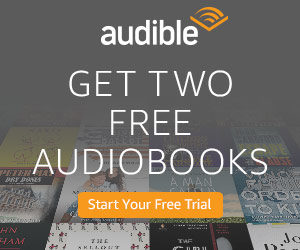